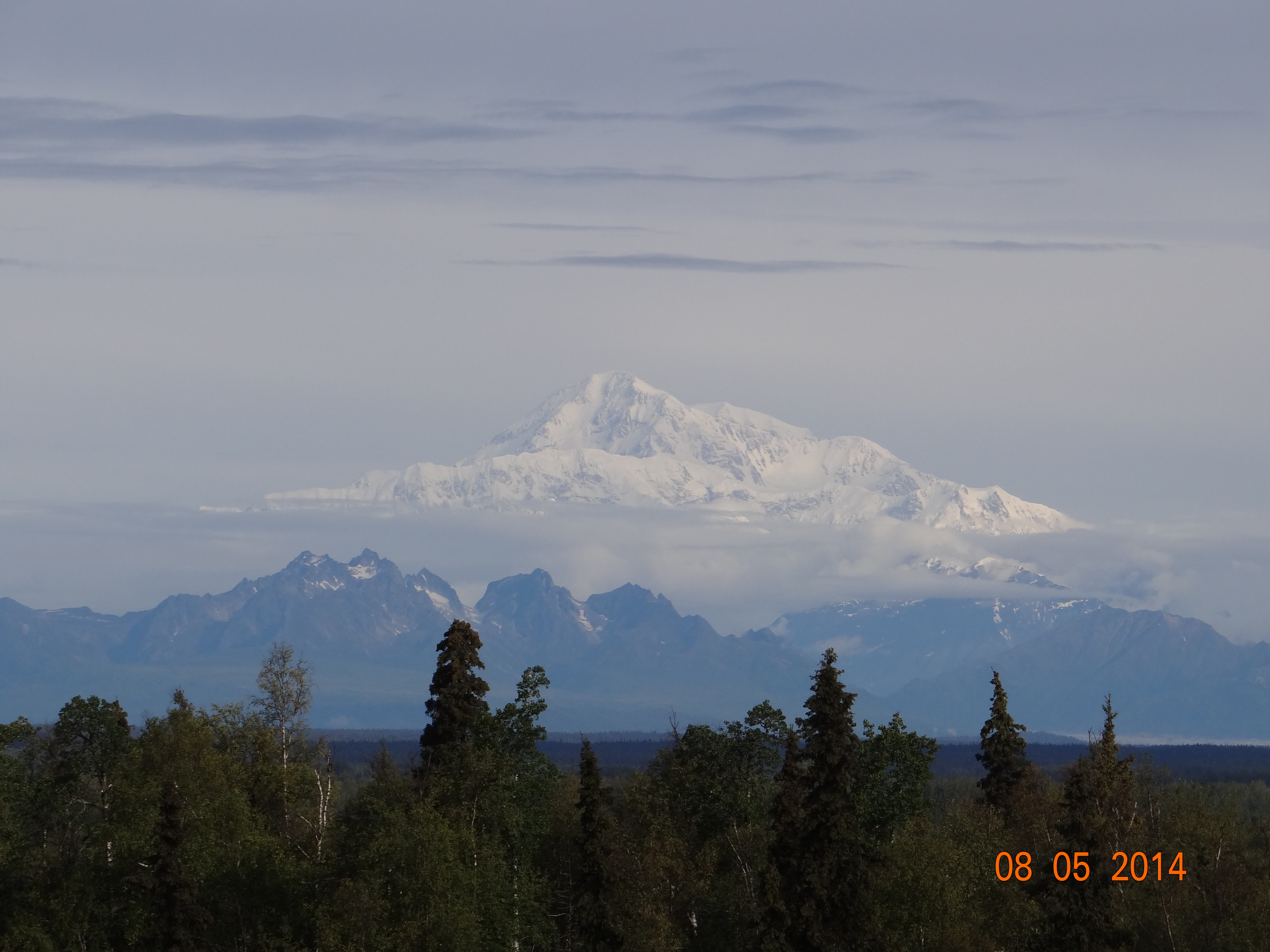 My oldest son Zac got accepted into the UGA vet school this year, a big accomplishment after years of hard work on his studies.  I got to thinking about rewarding him with a trip and decided to make it a father-son getaway so that we could spend some time together before his intense 4 years in vet school.

When I asked him where he wanted to go, he said he’d always wanted to go to Alaska and see Denali and Mt. McKinley.  I was suprised because I had never heard him even talk about Alaska.  Growing up in the hot south, we tend not to be “snow people”.  After doing some research I realized this could be a great trip for us.

I asked Zac “Hey were you thinking of this as trying to climb Mt. McKinley because that is pretty difficult”.  He said no he just wanted to go hiking and just be able to see the wilderness up there.

Our trip took quite a bit of planning to set up.

1). First lesson I learned is to “Plan Ahead”.  Since we travel a lot I know this already, but this trip re-enforced the notion.  We had a hard time booking just about the entire trip.  It was not easy to find flights that fit our time frame, so it included a return trip on the “red eye” flight.  We could only get one night at the Denali Lodge so could not stay there more than one night.  Since some of the tours left at 5am you had to be there the day before.

This left us with only one option – to see Denali and drive to Talkeetna afterwards.  Based on all that we got the last 2 seats on one of the eight hour tours into Denali. If you haven’t been there, almost all of the tours require you to get on a bus and have the national park service shuttle you out an back. 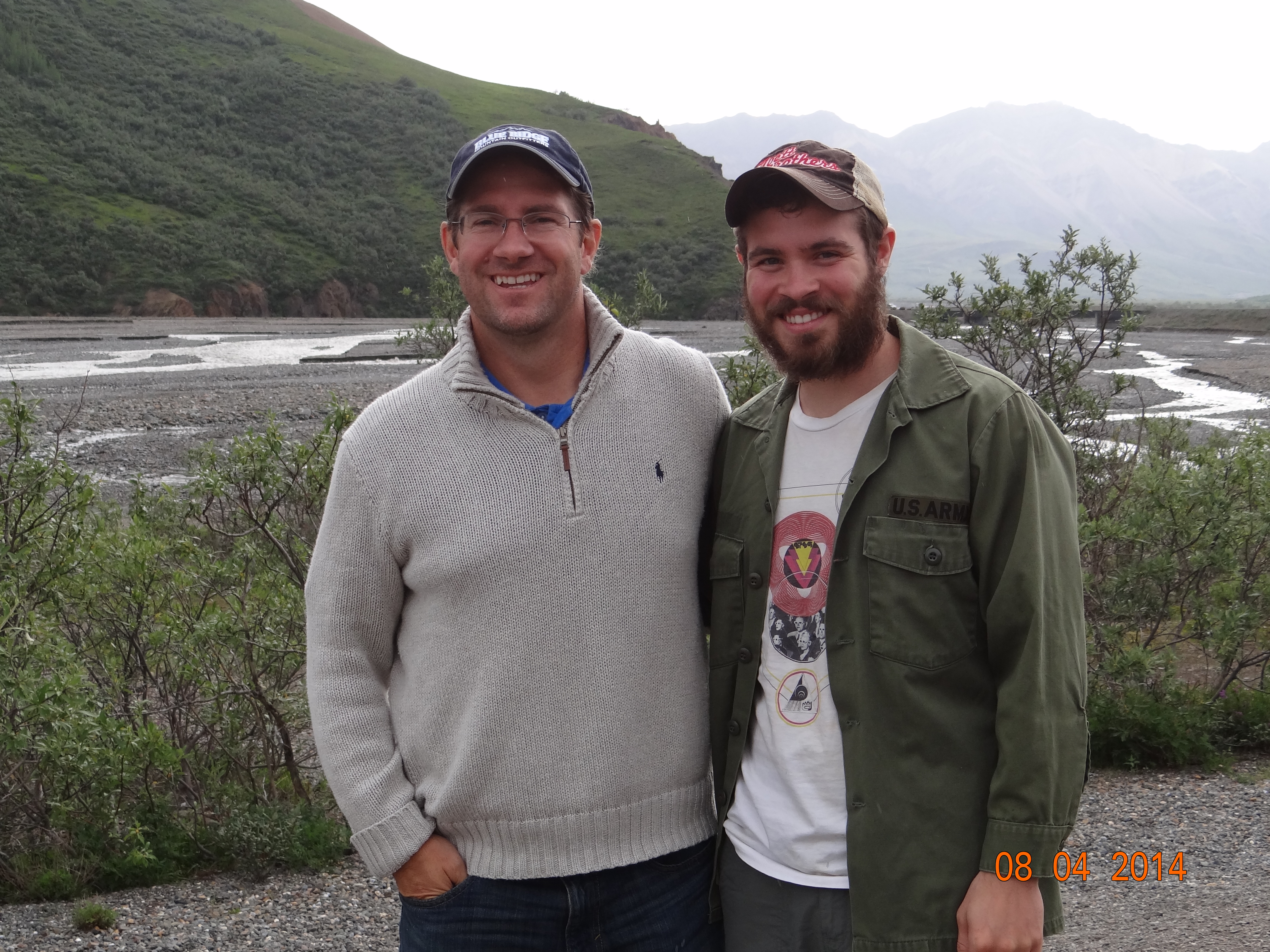 Tim and Zac in Denali

So I almost messed up the entire trip by not booking early enough.  We managed to put an itinerary together by the skin of our teeth.

2). Second lesson I learned was to “Set Goals”.  Without setting goals our businesses flounder.  We don’t know where we are going or how we are getting there. And we need to measure “something” in relation to those goals.

For our trip to Alaska, Zac enunciated the goal as to “visit Denali and see Mt. McKinley”.  So that isn’t that specific but for travel it is enough.  For our businesses that would usually be too vague.  “Improve customer service” might be an overarching theme but not really a specific “goal”.   “Answer all inquiries within 30 minutes” is a more specific goal.

Our goal did get more specific when the only window we had to go was between August 1st – 6th.  So a set budget, a set tim frame, a set target of sites… now you see why this whole trip reminded me of “business” a little bit.

3). The third lesson I have is to “execute a plan to reach your goals”.  This is where most people fall down.  They never follow through.  It’s all just a bunch of talk.  In this case, I did the hard work and the research and booked the trips.  I paid all the deposits.  I booked the plane flights.

Then we really executed the plan by actually going.  We got to go Salmon fishing out in the bush.  To get there we had to take a plane which I had to arrange in advance.  We had to get up at 6am to get out there.  Zac triumphantly caught a silver.  I caught other fish but not the silver salmon.  Apparently they weren’t running this year for some reason.

We rented a car and drove to Denali enjoying the sites and vistas the entire way.  We got to go on our tour into Denali… eight hours on a bus.  Four hours into the park and then four hours to get bac 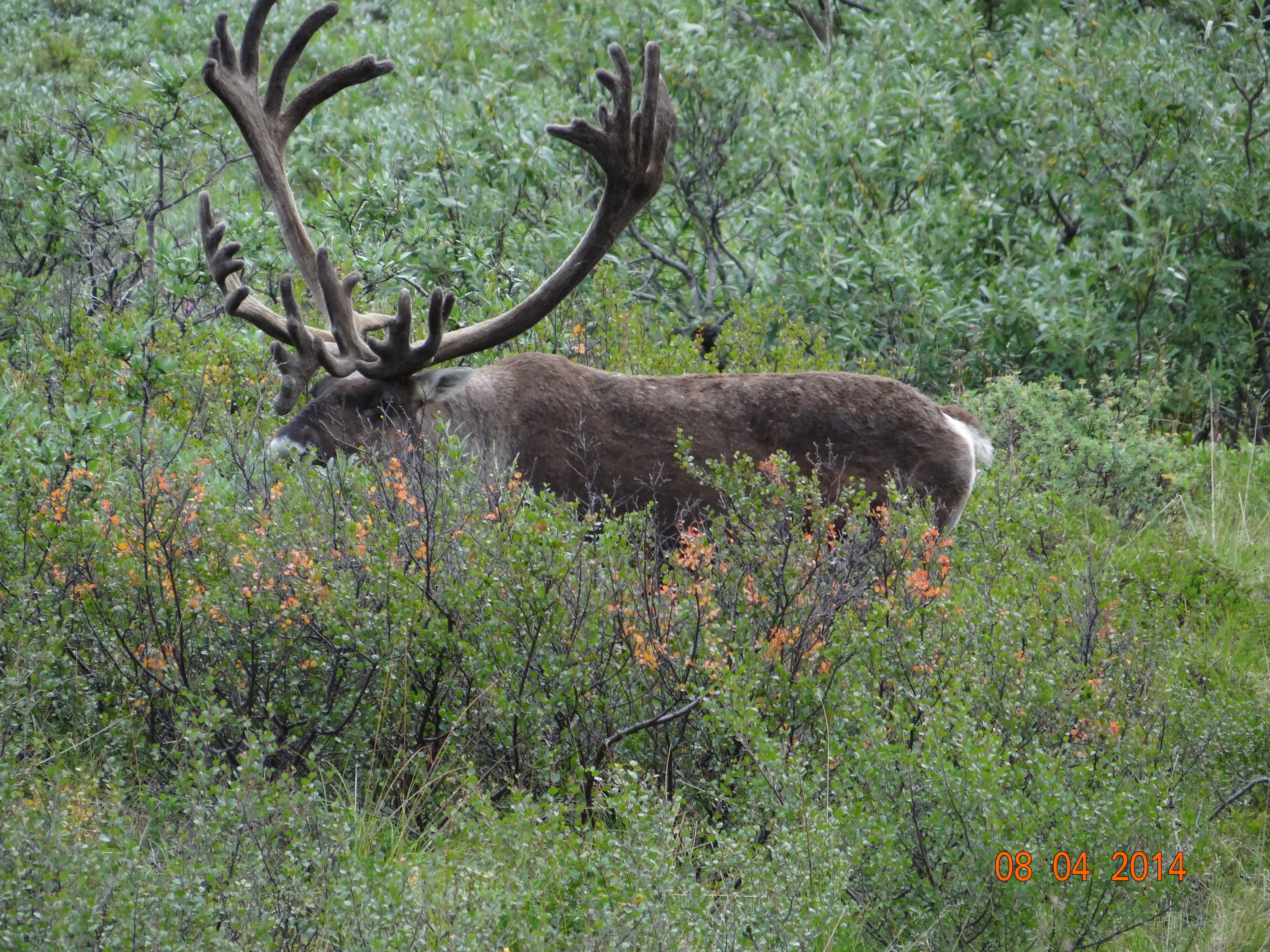 Er, what is that in the brush?

k out.  Did you know that Denali is 2 million acres?

We got to see several bear families – typically a mom and two cubs, moose, and elk.  We got pictures of them literally walking by the bus.  The wildlife pretty much ignore the buses as if they weren’t there (unless someone makes a lot of noise).
4). The fourth lesson I have is to “persevere in the face of setbacks and failure”.  We all encounter problems, setbacks and failure at times – both in life and in business.  When we got far enough into Denali to see Mt. McKinley… we couldn’t.  It was an overcast day with rain at times.  All of the peaks were shrouded with gray.  The guide said you are more likely to see bears than Mt McKinley and he was right.

But we had come so far to give up.  OK I’d like to say we rented gear and decided to hike towards it but that wasn’t possible.  You can’t get a permit except through a lottery even to walk out there on your own.  Plus our schedule was tight.  We drove to Talkeetna to stay at the Lodge there residing that we got to see Denali but not Mt. McKinley.  We weren’t sulking about it because it was a fabulous trip. We were having a great time.

when we awoke the next morning, I opened the curtains to see what our “mountain view” room got us. Lo and behold we were blessed to see Mt McKinley and all the peaks rising into a clear blue sky with just a few white wisps floating around.  It was glorious.  Even despite our failure the day before, we ended up succeeding anyway.  We got some great pictures of Mt. McKinley and of course some father-son pictures that I will always treasure.

Anyway I didn’t have to worry too much about Torrid Tech while we were away because we have such a great team that I can rely on.  But the memories and the lessons from this trip will last a lifetime. 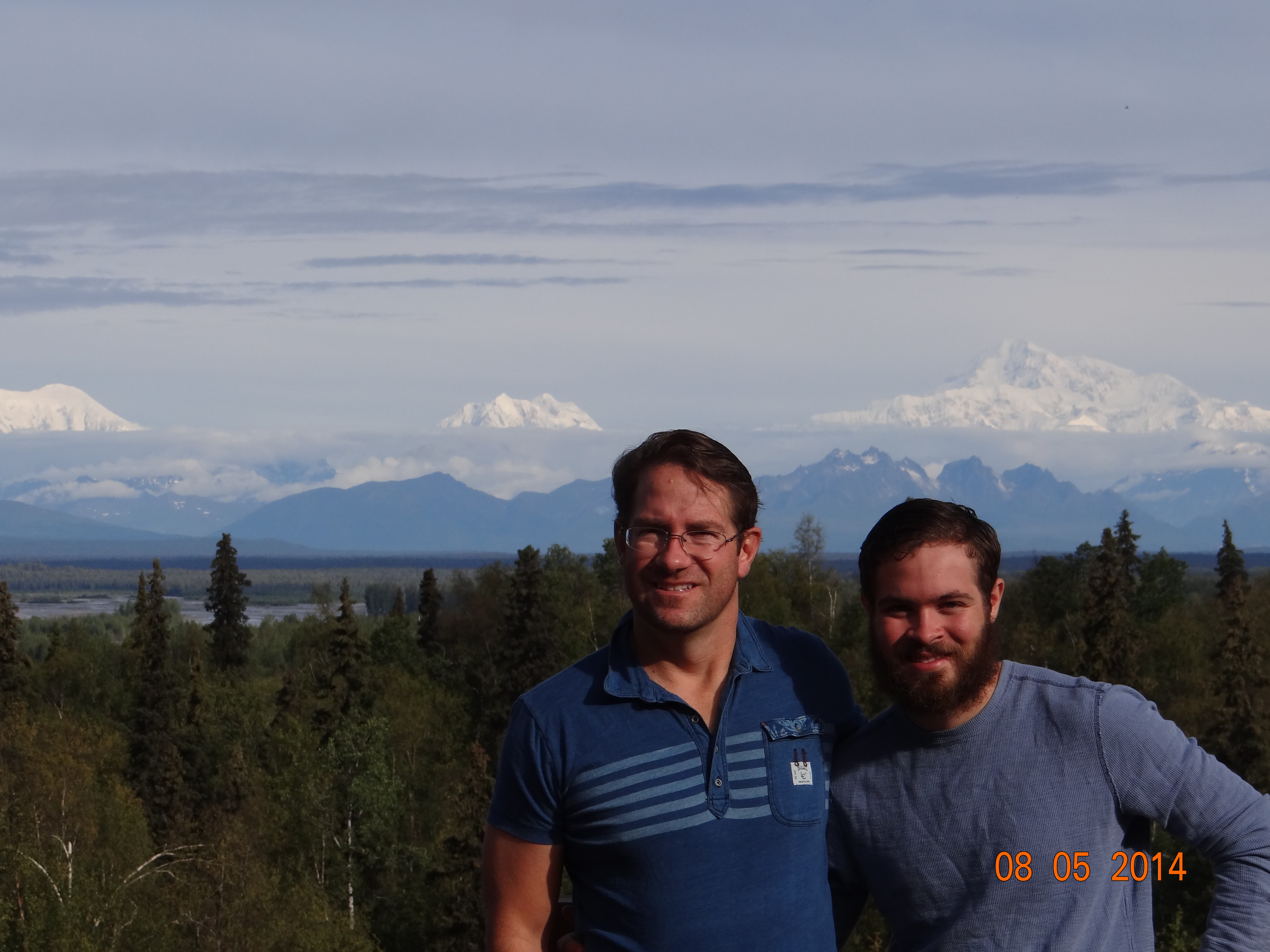 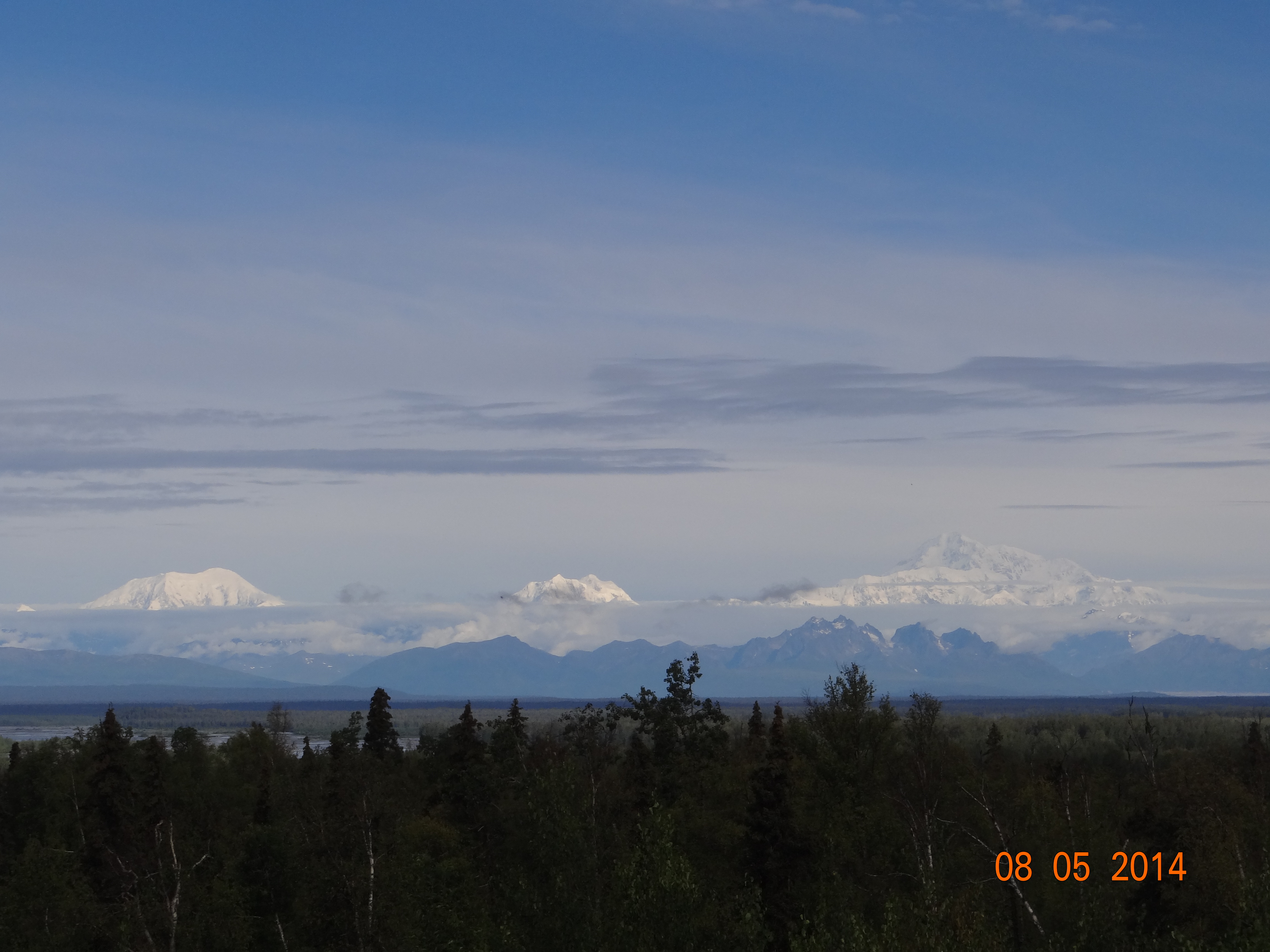 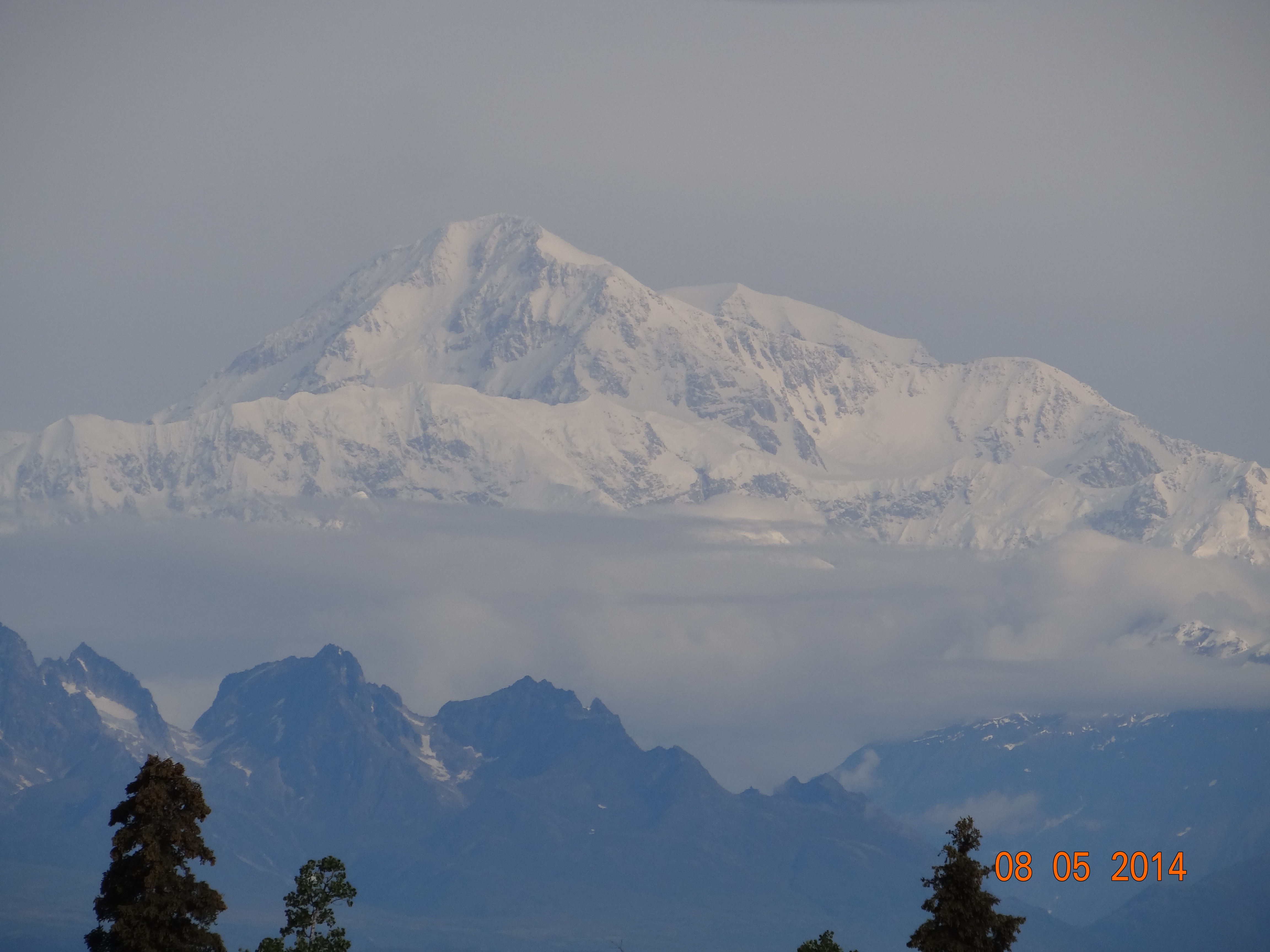 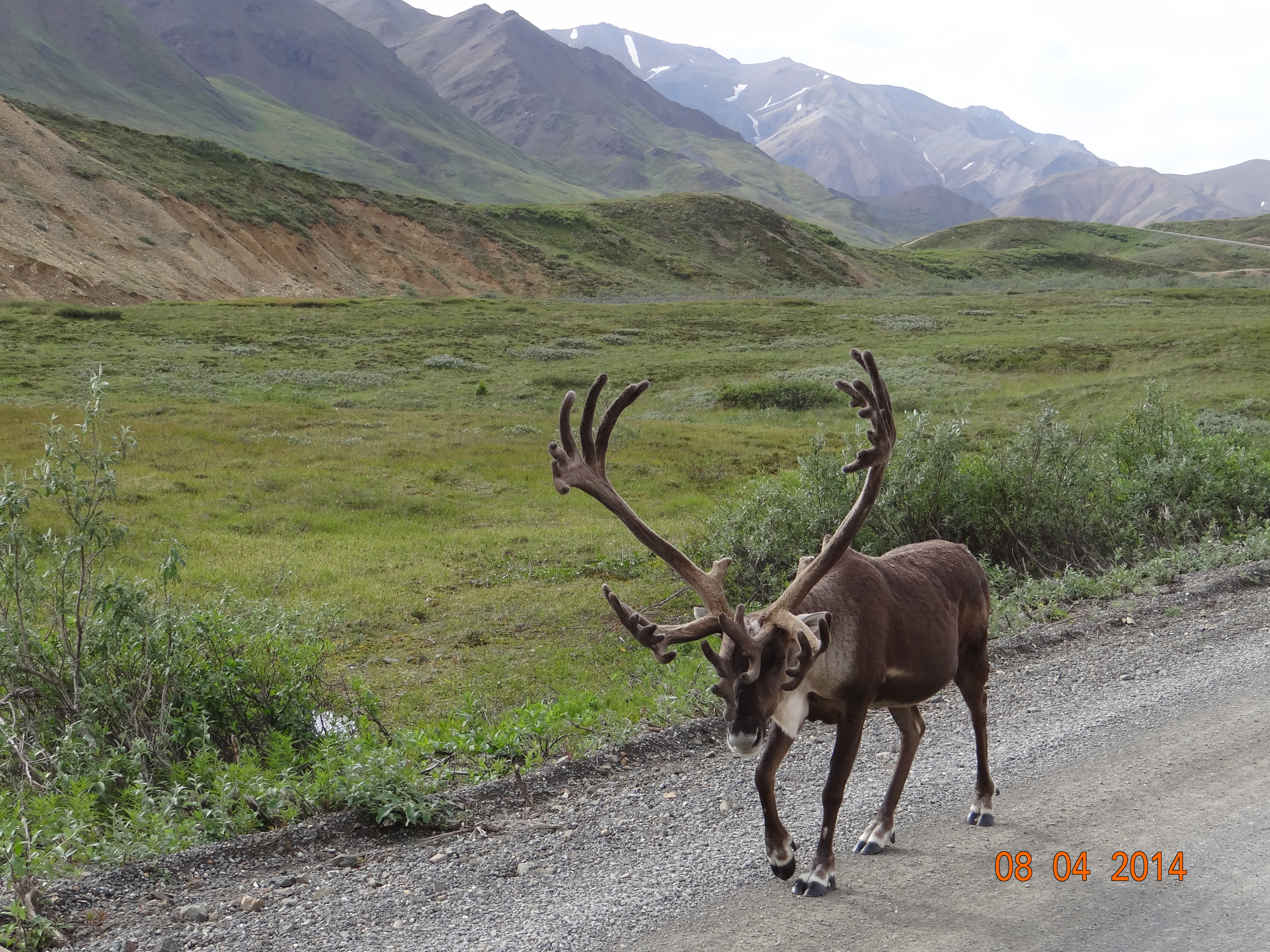 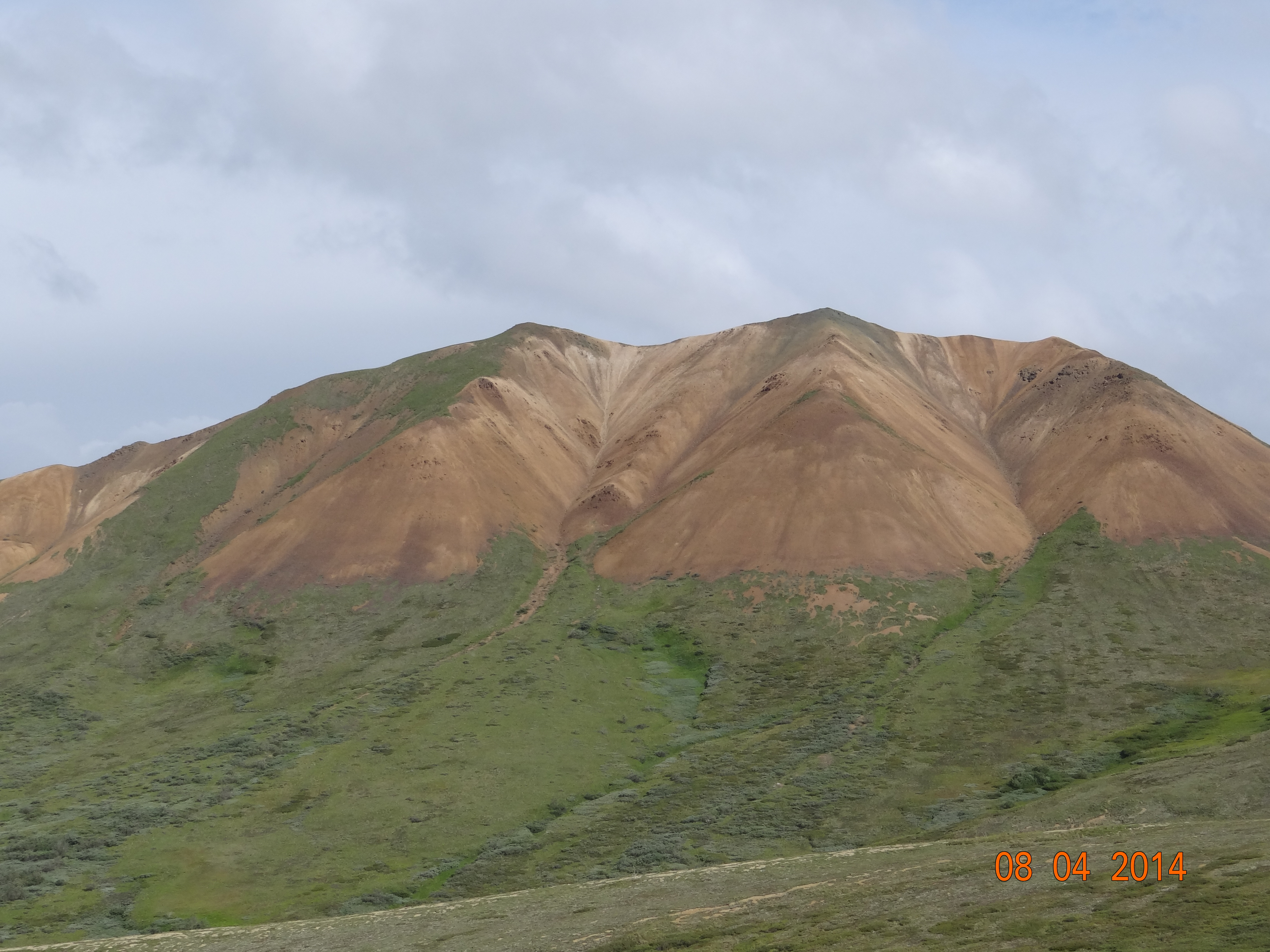 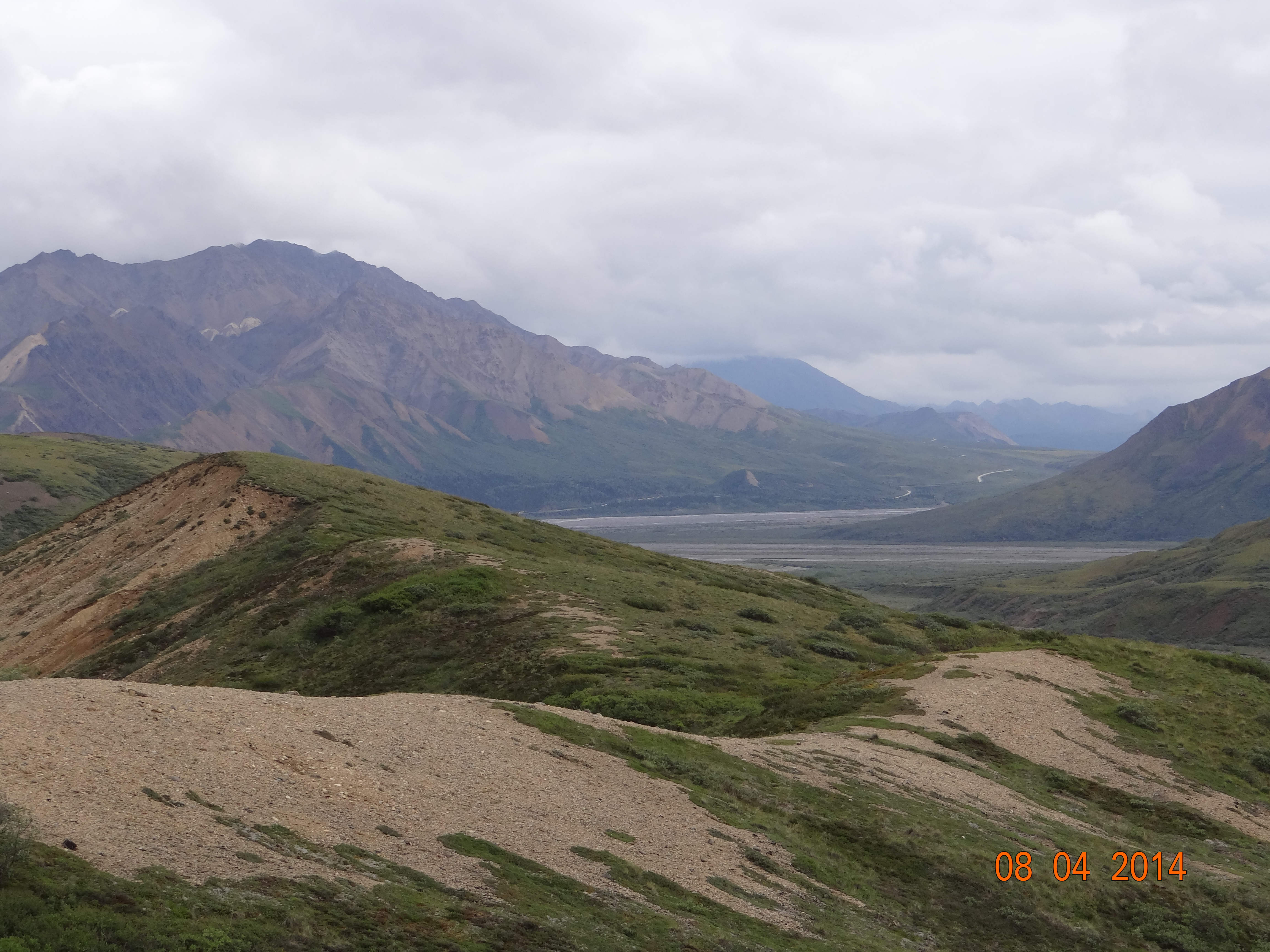 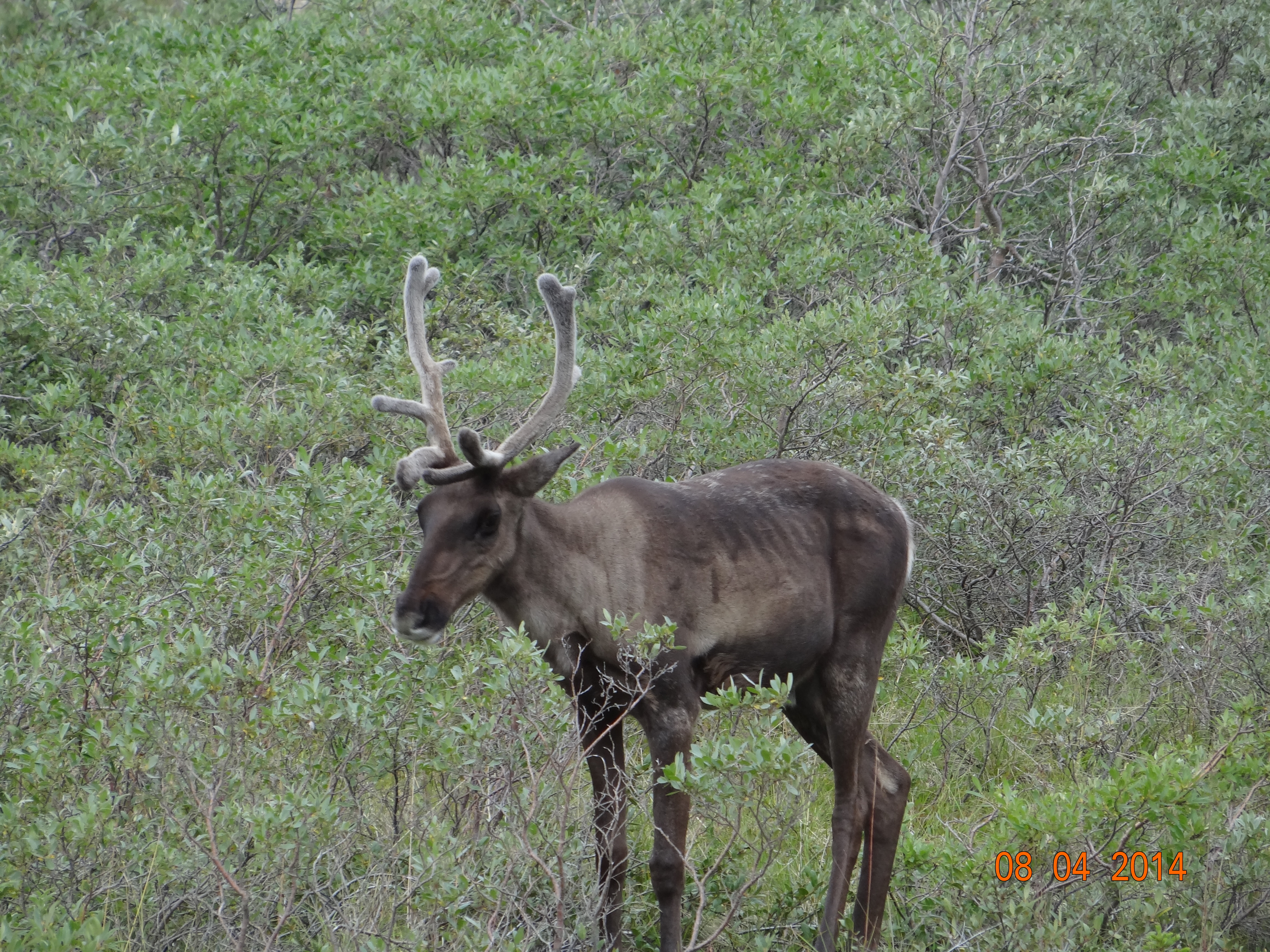