My oldest son Zac got accepted into the UGA vet school this year, a big accomplishment after years of hard work on his studies.  I got to thinking about rewarding him with a trip and decided to make it a father-son getaway so that we could spend some time together before his intense 4 years in vet school. When I Read More >>

Can your Home help you with Retirement?

We get emails and calls all the time from people asking whether their home can be used to help with retirement… Specifically you have several options: – selling your home and downsizing to a smaller place, possibly in a state with no income taxes – getting a reverse mortgage that you can use to help ends meet in retirement; this Read More >>

Where do you want to visit in retirement? 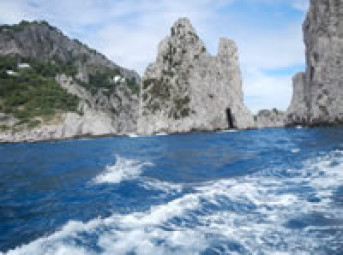 My wife and I were blessed to be able to visit Italy this past summer. We had never been there before but heard many good things about it. We were able to visit Capri, Sorrento, Pompeii, Amalfi, Positano, Florence, Lucca and Siena. The food was great… everywhere we went. The views were incredible. The memories… It was like a “retirement” Read More >>

Ways People Know You Are a Salesman

People are uncomfortable around “salesman”.  They are afraid they will be “sold” something they don’t want to buy, or that they can’t afford. Thus, people get nervouse when they “spot a salesman”.  They want to run away.  Have you been to a car lot and had a “salesman” start approaching you before you have even gotten both shoes on the Read More >>

I Got a Phone Call…

I got another phone call from an advisor recently… It’s typical.  Not sure you want all the gory details. He called and said he had heard about our software and was thinking about getting it.  I asked him “What are you using now?” He said he was using a tool called (BLEEPED)  (I don’t want them to try to sue Read More >>